Neuropeptide Y (NPY) signalling plays a crucial role for individual survival in vertebrates as it mediates both food- and stress-related behaviours. High NPY level correlates with increased hunger and leads to a larger food intake while it also reduces sensitivity to stressful stimuli. In invertebrates, two independent homologs of NPY have been identified: the neuropeptide F (NPF) and the short neuropeptide F (sNPF). In honey bees (Apis mellifera), both NPF and sNPF have been reported but only sNPF was found to have a dedicated receptor sNPFR, thus indicating that sNPF/sNPFR provides a functional signalling pathway in this insect. We thus studied the impact of sNPF on multiple behavioural components, including food-related behaviours such as ingestion of palatable and unpalatable food, appetitive and aversive responsiveness, and appetitive and aversive associative learning and memory retention.

Our results show that increasing artificially sNPF levels in honey bee foragers via topical expos ure, increases significantly their consumption of both palatable and unpalatable food. In addition, using various responsiveness tests, we showed that sNPF is a key player in the modulation of appetitive but not aversive responsiveness. Fed foragers treated with sNPF exhibited a significant increase in their responsiveness to sucrose solutions and to appetitive olfactory stimuli, matching the levels of starved bees. In agreement with this last finding, in vivo multiphoton recordings of neural activity in the antennal lobe, the primary olfactory centre of the bee brain, showed a decreased responsiveness to appetitive odours in fed bees, which was rescued by treatment with sNPF to the level exhibited by starved bees. Interestingly, the modulatory effect of sNPF was totally absent in responsiveness to aversive stimuli contrarily to what has been observed in vertebrates and flies, thus indicating that in bees, sNPF dos not increase tolerance to stressors.

Given the enhancing effect of sNPF on appetitive responsiveness, we next studied if this effect translates to different appetitive learning protocols in which bees are trained to discriminate a stimulus that is rewarded with a sucrose solution from another that is not. We studied the effect of sNPF on both appetitive visual and olfactory learning and memory retention. In the first case, free-flying bees were trained to discriminate two colors in a Y-maze following topical increase of sNPF. In the second case, harnessed bees were trained to discriminate two odorants following topical application of sNPF, using the conditioning of the proboscis extension reflex. In parallel, we studied the effect of sNPF for aversive gustatory learning in which harnessed bees learning the association of antennal taste with electric shock, following topical application of sNPF. Our results revealed a clear improvement of appetitive color learning and retention and a mitigated tendency in the same direction in the case of appetitive olfactory learning. On the contrary, no effect was observed in the case of the aversive gustatory learning and retention, consistently with the lack of effect of sNPF on aversive responsiveness.

To sum up, this work showed that sNPF affects multiple appetitive behavioural modules (ingestion, gustation, olfaction, vision, learning, memory) and central processing (antennal lobe activity) in the honey bee while being dispensable for aversive ones. It provides therefore a rich and multifaceted view of the effects of this neuropeptide on the behaviour of a social insect and opens new research perspective to study ingestion processes and appetitive behaviour in bees. 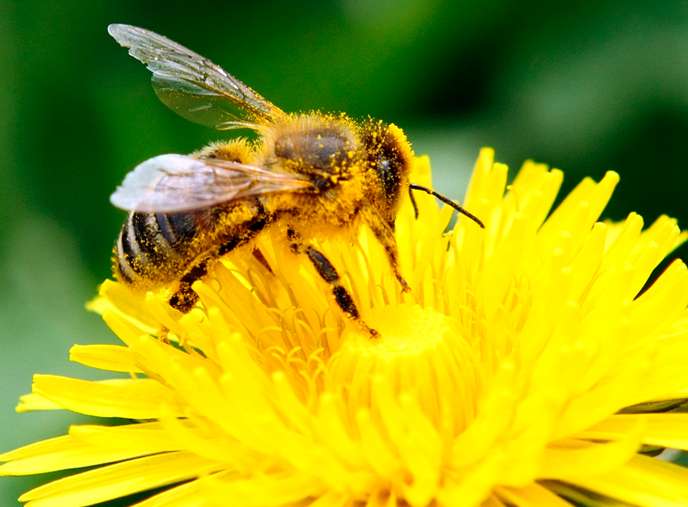