Major depressive disorders affect more than 300 million people worldwide. Although pharmacological compounds are available to treat depression, those marketed for this indication have some therapeutic limitations. In particular, all these compounds present a low response rate, a high relapse rate and/or a long onset of action. Indeed, most antidepressants require a long-term treatment before the first therapeutic outcomes, which is a major clinical drawback. Mechanistically, this can be explained by the fact that chronic administration of antidepressants results in brain changes requiring several weeks, or even months, to occur. In this context, it seems relevant to identify new therapies allowing a faster and long-lasting action on depressive symptoms.

To this end, there is growing interest in non-pharmacological strategies that target the causes of behavioral symptoms and thus appear to be alternatives to pharmacological treatments. Indeed, it is known that lifestyle is a triggering factor for major depression, and the protective effects of a healthy diet, rich social life, and physical exercise on mental health have been described.

This PhD work examined whether and how, these environmental elements contribute to treating depressive disorder when proposed alone or combined with a conventional antidepressant. Using a mouse model of depression, we showed that living in an enriched environment reduces the onset of action of venlafaxine. We then determined that the beneficial effect of this combination is associated with a rapid disruption of plasticity of GABAergic interneurons underpinned by the extracellular matrix surrounding these neurons and by regulatory effects on adult hippocampal neurogenesis. We observed in contrast, that the discontinuation of environmental stimuli aggravates the depressive-like phenotype of animals, whereas physical exercise in combination with an antidepressant treatment induces early, but partial, beneficial effects. Overall, our work shows a beneficial effect of non-pharmacological therapeutic strategies and identifies GABAergic parvalbumin interneurons as a relevant target to consider in order to reduce the delay of action of currently available antidepressants. 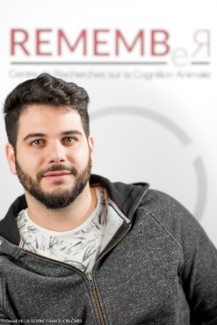